While we were in San Cristobal, we visited Na Bolom, the former home of Danish archaeologist and explorer Frans Blom and his wife Gertrude “Trudi” Blom, a photojournalist, environmental advocate, and fellow explorer. The house, whose name means “House of the Jaguar” in the Mayan language (and was also a word play on Blom’s last name), was built in 1950 over the ruins of an old monastery.  The Bloms intended from the start that their home would be a cultural, academic, and social center, with an extensive library on Mayan culture and a large collection of Mayan artifacts from Blom’s archeological activities available to the public. Later it evolved into a hotel as well, with notable guests including people like Henry Kissinger and Diego Rivera. Today it still functions as a hotel and restaurant as well as a museum with an extensive collection of interesting Mayan artifacts as well as personal effects from the Bloms themselves. 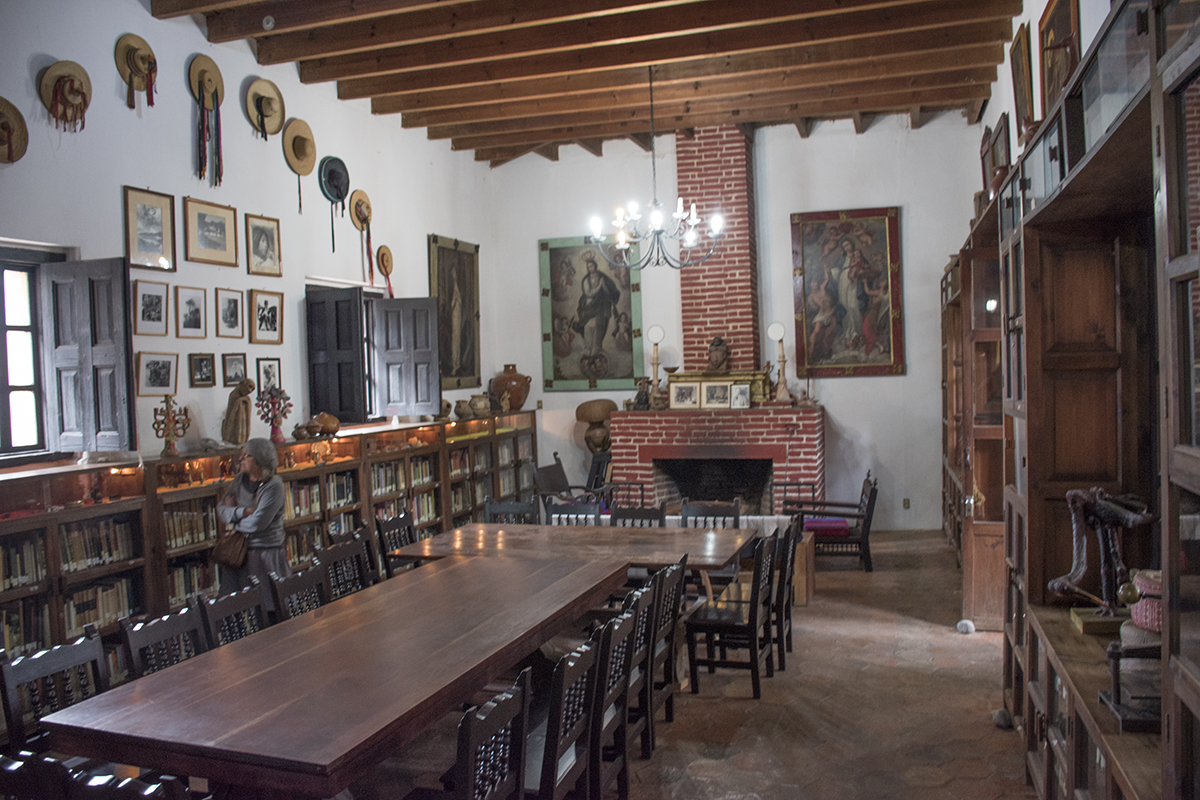 According to a biography of Frans Blom from the Danish newspaper Berlingske Tidende, he was the firstborn son of one of Copenhagen’s wealthiest families, reportedly a lackluster student who had no interested in the family business.  His father eventually passed the business to his son-in-law, while Blom chose to travel.  At 25, he booked a one-way passage to America, some claim to escape angry lovers and creditors.  He wound up in the unmapped jungles of Mexico working as an explorer for an oil company.  During his explorations he came across Mayan ruins and began recording their locations and sketching them.  In 1923, at age 29, his discoveries came to the attention of Harvard University, which he then attended to fulfill a master’s degree in archaelogy.   In 1924, while on a study tour of Guatemala, Blom discovered the ruin of Waxaktun, the first Mayan temple built according to observation of the heavens.  This discovery laid the foundation for the study of Mayan architecture. 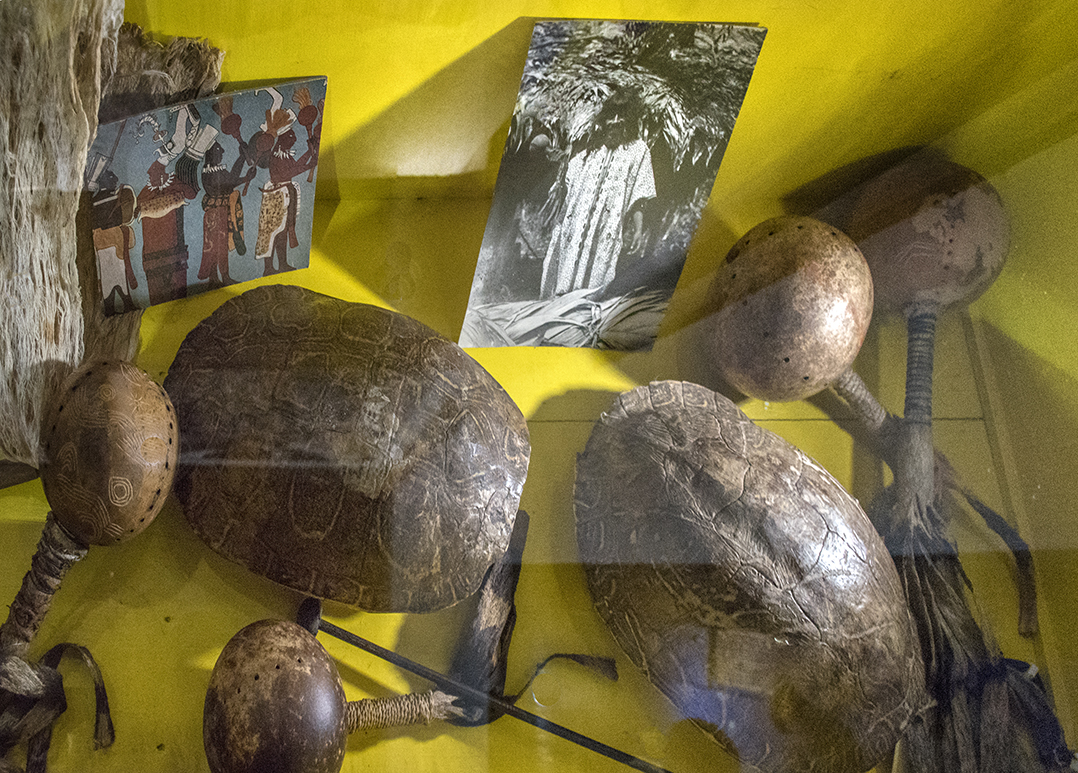 He later taught at Tulane University and during his time there led several expeditions to MesoAmerica and his reputation grew. In 1926, he became head of Tulane’s Department of Middle American Research.  In 1932, he married millionaire heiress Mary Thomas, but they divorced six years later.  At some point during this time Blom became an alcoholic and he was eventually let go from Tulane for alchoholism and ended up living in squalor in New Orleans until deciding to return to Mexico in 1943.  There, during an expedition near Palenque, he met his future wife Gertrude Duby, a Swiss Communist refugee from Nazi Europe.  Frans Blom died in 1963 and after his death Trudi Blom took care of the day-to-day responsibility of running Na Bolom. This work meant she couldn’t spend as much time as she wanted in the jungle. In the late 1980s she formed the Asociation Cultural Na Bolom, whose Board of Directors manages Na Bolom today.

In the 1970s Trudi Blom became very concerned about the destruction of the jungle she loved. In 1975, she expanded Na Bolom’s beautiful walled gardens to include El Vivero, a tree nursery, which today still supplies free trees for reforestation in Chiapas.

As I walked through the exhibits and personal rooms in Na Bolom I couldn’t help having conflicting reactions.  Firstly, there is the voyeuristic reaction to being let into the personal lives of Frans and Trudi Blum, with photos and displays of their clothing and personal effects. When I looked at the framed certificate declaring Frans Blom’s 1924 election to membership into the Explorers Club I was reminded of what it must have been like to live in a time when there were still many unexplored areas in the world.  But it was also a time when explorers belonged to men’s clubs, usually reserved for privileged white men (women weren’t allowed membership into the Explorers Club until the 1980s).  Still, looking at the photos of Blom in the jungles of Chiapas I couldn’t help but think of Indiana Jones.  In fact, I’ve seen several articles where he is referred to as the “Danish Indiana Jones”.

Then there are the personal collections of Mayan antiquities, which are extensive, and which raise the obvious question about the propriety of taking artifacts from archaeological sites and keeping them as their own property, rather than placing them in the public domain. The grandeur of their house and grounds emphasizes this feeling of entitlement and exploitation which I couldn’t shake when looking at all the photos of poor Mayan people on the walls of these opulent lodgings. But the Bloms seem to have been genuinely concerned about the Chiapas rain forest and the Mayan people, particularly the Lacondon Maya, the only Maya never conquered or converted by the Spanish.  It is said that even though they rented out rooms to guests to help finance their explorations, they always kept some rooms available for Lacandon Mayan people who came to San Cristobal for medical treatment.

There is a peaceful vibe about the place. The museum collections, which include Mayan clothing, tools, weapons, toys, musical instruments, ceremonial items, woven and carved items, statues and jewelry, is eclectic and well presented and interesting.  There is also a large room dedicated to religious paintings and statues which the Bloms collected.  The collections of items belonging to the Bloms, particularly old cameras used by Trudi and the clothing they wore on expeditions, give you a glimpse into their lives as explorers. There is no admission fee, just a donation box.  Beside the donation box was a note that some exhibits had been stolen by visitors and to please respect the space.  Na Bolom is well worth a visit if you are in San Cristobal.