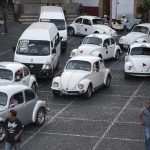 On two previous trips to Mexico we had bought Ger silver necklaces that she really loved, so we planned to visit Taxco, the silver capital of Mexico, near the end of our trip, to shop for silver jewelry for Ger’s Christmas\Birthday\Anniversary presents and maybe a few belated gifts for other family members. The journey from Puebla to Taxco required taking a bus from Puebla to … END_OF_DOCUMENT_TOKEN_TO_BE_REPLACED 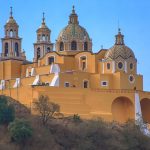 Just about everyone who writes about Puebla recommends taking a day trip to Cholula, a nearby town famous for its many churches and the Great Pyramid of Cholula, which is said to be the largest pyramid in the world.  Cholula is located about 11 miles northwest of the Puebla city center and there are several ways to get there.  You can take the new train which goes … END_OF_DOCUMENT_TOKEN_TO_BE_REPLACED 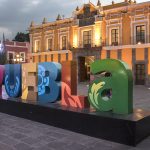 When we started our trip we had no intention to visit Puebla, Mexico, but we ended up spending less time on the Pacific coast than planned so we had a week to fill in our itinerary. We selected Puebla because it was on our route from Oaxaca to Taxco, our later destination, and because it looked like there were some interesting things to do there. In hindsight, we are really … END_OF_DOCUMENT_TOKEN_TO_BE_REPLACED 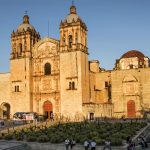 We spent four weeks in Oaxaca and covered most of the centro area during our stay as well as some forays outside the town.  This is a list of the favorite places we ate, shopped, or visited during our stay. Places to eat We didn’t do much cooking in Oaxaca so we had a lot of opportunities to sample food at street stands, in markets, and in restaurants.  These were our … END_OF_DOCUMENT_TOKEN_TO_BE_REPLACED 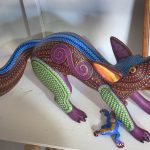 In the 1930s, Mexican artist Pedro Linares became very ill and while he was unconscious he dreamed of a strange forest populated with brightly colored fantastical creatures, such as a lion with an eagle head, a rooster with bull horns, and a donkey with butterfly wings.  All of the creatures were shouting one word “Alebrijes!”  When he recovered, he began creating the creatures … END_OF_DOCUMENT_TOKEN_TO_BE_REPLACED