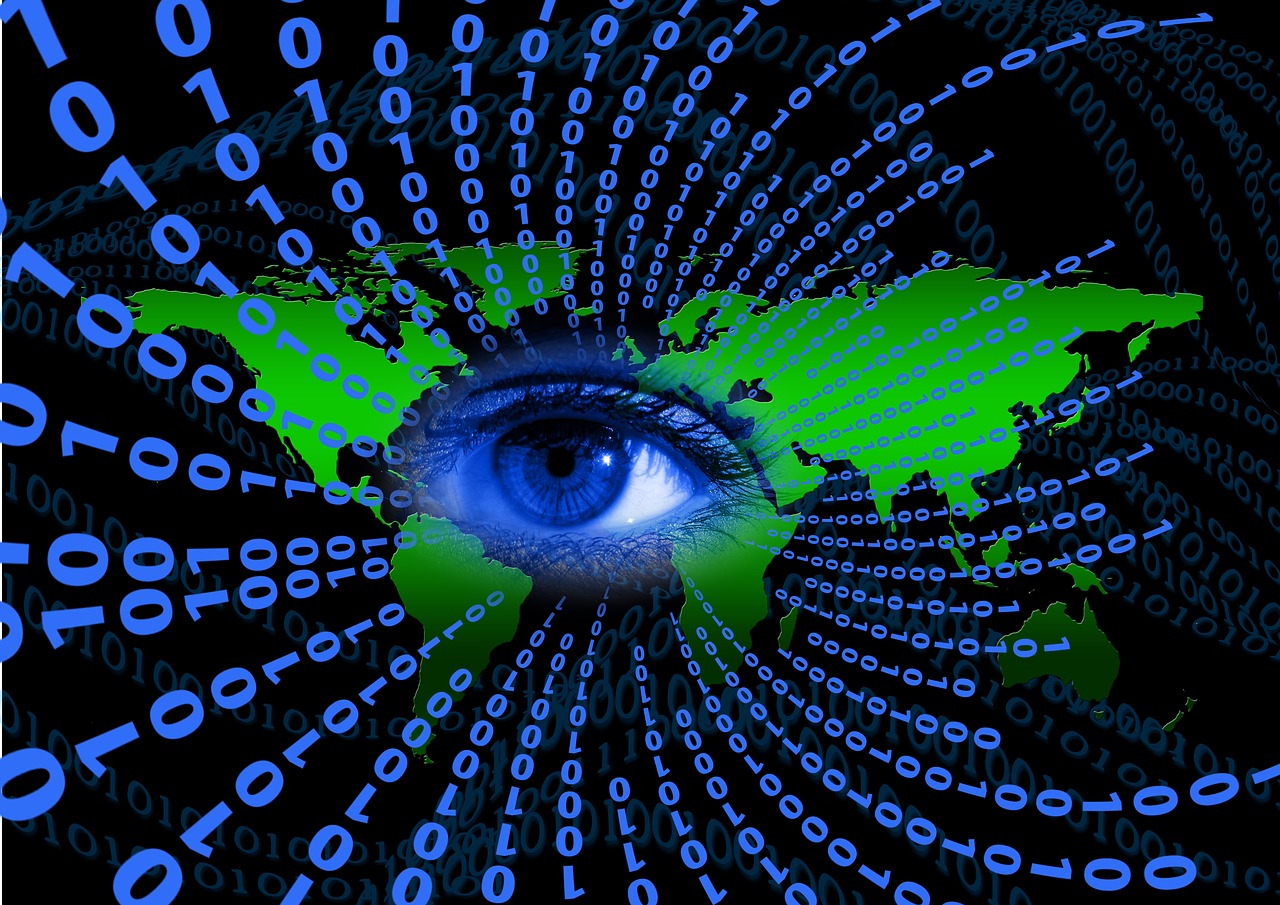 A VPN is a Virtual Private Network that operates across a public network, e.g. the internet.  It allows users to send and receive data across the public network as if their computing devices were attached to a private network.

VPNs are often used by companies to allow their employees to securely connect to the corporate intranet when they are travelling or working from home.

For travelers, VPNs provide very useful benefits.  First, they allow you to communicate securely while connecting through local public wireless networks (which are not secure).  VPN data is encrypted, which prevents anyone from stealing your data, passwords, or credit card information. This benefit alone may be enough to make you decide to start using a VPN service. Second, they can help circumvent geo-restrictions and censorship.  Since they route your traffic through servers located in a variety of different countries, you can appear as if you are connecting from another country. If you are traveling in a country which blocks voice-over-IP (VOIP) applications which allow you to make phone calls using regular Wifi connections, or streaming audio or video applications like Skype, Netflix, or Hulu, then using a VPN may allow you to get around these restrictions, although countries that block these services also usually try to block VPN services as well, with varying degrees of success.

Additionally, and this is the benefit that many people often associate with VPNs, they allow you to connect to the internet through proxy servers that hide your personal identity and location, effectively giving you anonymous internet access.  For people who are paranoid about Big Brother watching all their activities, using a VPN is your best solution to increase your privacy.

What to look for in a VPN provider?

All VPNs provide encryption and secure connections.  This comes at the cost of computing overhead which can reduce your overall network performance compared to an unprotected connection.  When checking out VPN providers, make sure to read reviews about connection speeds and bandwidth limitations.  You want the fastest pipe you can get.

Number and distribution of servers

VPN providers also advertise how many servers they have available and in how many countries.  If you will be using your VPN to access web sites not accessible from the country you will be traveling in, such as accessing sites in the U.S. from Costa Rica, or the BBC in the UK from the U.S., you need to make sure the VPN provider has exit servers located in the countries or geographic regions that are free from these restrictions, i.e. in our example, servers in the UK and U.S.  If you are mainly planning on accessing U.S. sites while you are traveling abroad, look for lots of servers located in the U.S.  If you want to have access to local sites in the countries you are traveling in, and they block access from outside the country, you will want a VPN service with servers in a lot of different countries, particularly those you plan to visit.

Even though VPN providers provide data encryption, not all encryption protocols are created equal.  The PPTP protocol is older and less secure, so avoid it.  L2TP/IPsec is natively supported by both IOS and Android operating systems. The protocol is slower than OpenVPN and rumored to be less secure, but may be useful on those devices, keeping in mind it’s limitations.  Recommended protocols are OpenVPN (configured with AES encryption), or SSTP (configured with AES encryption).  Your VPN provider should provide at least one of these two recommended protocols, preferably both.

Ideally the VPN plan should provide unlimited bandwidth.  Some plans limit bandwidth or restrict use of streaming services, so check this out and choose a plan that doesn’t limit you.

Another key aspect to look at is how well they protect your privacy.  Look for a provider that practices a zero-logging policy, that doesn’t log any of your web traffic or connection activity.  Some people believe that the U.S. is the worst country for the VPN company to be located, because our government is always looking into our private business and a U.S. company would be more likely to cave in to government pressure if they want to look at their records.  However, the U.S. is one of the few countries that doesn’t have a mandatory data retention policy.  Countries in the EU are forced to do logging, even though they may claim they don’t.  If there are no logs to look at, then it doesn’t matter who looks at them.

If you are very concerned about being untraceable you may also want to choose a VPN provider that accepts anonymous payment.  The most common way to pay anonymously is to use Bitcoin or other e-currency service.  A large number of VPN providers accept Bitcoin.  A smaller number of VPN providers will accept payments by prepaid debit cards.  These are sold as gift cards at many stores and offered by Visa, MasterCard, and American Express.  The cards are purchasable with cash, which enables them to be used for anonymous, cash-like digital payments.  Make sure you purchase a non-reloadable card for this purpose.  You have to jump through some hoops to register and use these cards anonymously, but it is doable.  The Bitcoin option sounds easier.

More and more recently I’ve been reading reports about various online sites, particularly streaming sites like Netflix and Hulu, as well as financial institutions, who are blocking VPN connections or requiring additional 2-factor verifications when a customer connects using a VPN.  In the case of Netflix and Hulu and other online streaming sites, they are trying to prevent users from getting around their geographic usage limitations.  In the case of banks and other financial institutions, they are trying to avoid identity theft and fraud.  Some VPN providers, such as Nord, try to get around VPN blocks by providing dedicated servers which change IP addresses rapidly to get around IP address blocking methods.  One VPN provider, Vypr VPN, claims they have a special encryption method that gets around many VPN blocks.  If you are concerned about being blocked by sites like Netflix you may want to research VPN providers and look at online comments to see which ones are claiming they avoid their blocking.  Keep in mind that companies like Netflix are changing their detection methods all the time and what works today may not work a month from now.  In the case of banks and financial institutions, I don’t complain about being forced to do 2-factor authentication to verify my identity when coming from a VPN connection.  Anything that helps protect my money is fine by me.

If you are annoyed by constantly getting challenged to authenticate yourself to sites because your IP address is changing with each VPN session, some VPN services provide a static IP address option, always for an extra fee.  This allows you to maintain a fixed IP address so that every time you connect to your bank, for example, they see the same address.  In some cases this may be enough for them to relax their authentication requirements.  The only way to know is to try the static IP option and see what happens.  They may still require more authentication just because y0u are using a VPN.

We haven’t signed up for a VPN service yet, but we plan to before our next trip.  I’ve looked at numerous Best VPN reviews and have narrowed down our choices to a few. The VPN company I’m leaning toward right now is Private Internet Access Private Internet Access , which is very reasonably priced at $6.95 per month, or $39.95 per year, provides OpenVPN and L2TP\IPSec protocols (no SSTP), has a zero logging policy, unlimited bandwidth and has 3340 servers in 24 countries.  If you are looking for a provider that has servers in lots of countries, they might not be the best choice for you, but as we are mainly interested in access in the U.S. while traveling, this is not a problem for us. Other services that made my top list are IPVanish (servers in 60 countries) and ExpressVPN (servers in 87 countries), both which operate without logfiles and have servers in more countries, but are more expensive as well.  A few providers that got good reviews from some and not-so-great from others were Nord VPN, Torguard, KeepSolid VPN.com, Strong VPN, HideMyAss and AnchorFree.  I recommend looking at many current reviews as a company that gets great reviews may not be so great a year later.